While the changes have been watered down since the original Federal Budget announcement, they will have a significant detrimental impact on those affected. 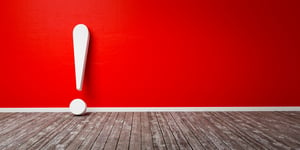 As a result of the changes, an individual will not generally be able to claim any exemption under the main residence rules if they are a non-resident at the time of the CGT event, even if they were a resident of Australia for some (or even most) of the ownership period. No apportionment applies – the exemption simply doesn’t apply at all if the individual is a foreign resident for tax purposes when the CGT event is triggered.

On the other hand, if the taxpayer is a resident of Australia at the time of the CGT event then the normal main residence exemption rules apply, even if they have been a non-resident for some or most of the ownership period.

The changes apply to CGT events that occur on or after 9 May 2017, so could potentially impact on properties that have already been sold. Having said that, the rules contain some transitional provisions which will allow someone who held the property continuously from 9 May 2017 to apply the existing rules if the CGT event occurs on or before 30 June 2020. This gives non-residents a limited period of time to sell their main residence (or former main residence) and obtain some tax relief under the main residence rules.

In most cases the CGT event is triggered when a contract is entered into between the parties.

Special amendments have been introduced to deal with deceased estate scenarios and special disability trusts.  Under these rules the executor or beneficiary of a deceased estate is not generally entitled to the main residence exemption if the deceased individual was a foreign resident at the time of death (although there are some exceptions to this). The rules for special disability trusts are similar.

Interestingly, the explanatory materials accompanying the legislation indicates that the general anti-avoidance rules could potentially apply to remove access to the exemption if the Commissioner determines that the parties have entered into an arrangement with the sole or dominant purpose of accessing the exemption. Presumably the Government is concerned about taxpayers transferring their main residence to a related party prior to becoming a foreign resident.

There exceptions in the final version of the legislation.

There is an exception to the new rules for situations where the individual has been a non-resident for 6 years or less and a specific life event occurred during the period of foreign residency.

There are likely to be significant flow on impacts to non-resident individuals as a result of these changes because: