If you're grappling with year end issues, and the new reporting requirements for your SMSF clients, you are not alone. 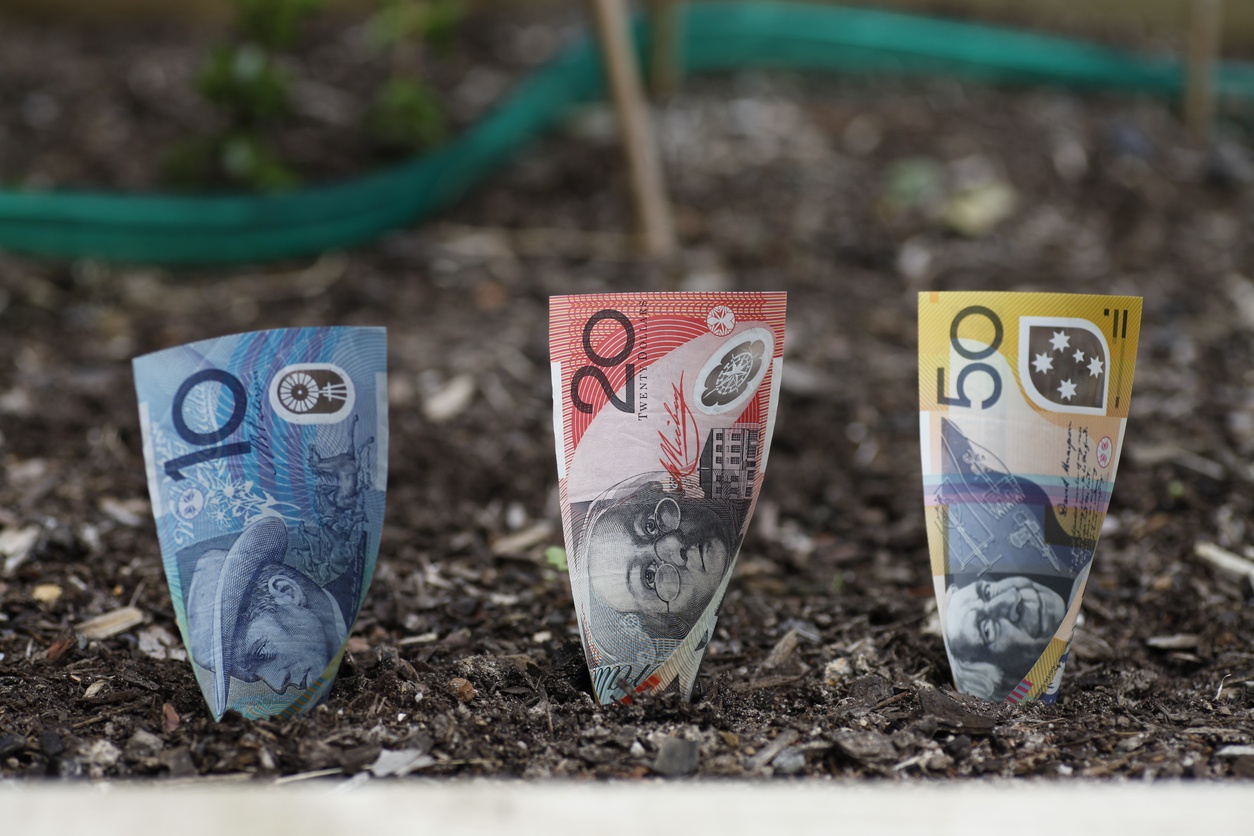 1. Moving from a TTR to an account-based pension

One member had a transition to retirement (TTR) pension in place as at 30/06/2016. This member retired in late 2015 and has not returned nor will return to work but the TTR remained in place.

If the client wishes to commence a full account-based pension (ABP) on 1/7/2016 what are the implications and requirements to fulfil this?

The SMSF deed notes that where a pensioner has satisfied a condition of release (COR) of which cashing restricting is nil, the TTR will become an ABP for the purposes of these governing rules. Does this mean commuting to accumulation then commencing pension is not required, rather the conversion is automatic upon satisfying a COR?

The ATO view seems to be that a pension that starts as a TRIS will always be a TRIS until that pension is stopped and a new pension commenced.

When a TRIS enters retirement phase, the fund earnings on the assets supporting the pension will then be tax free and the pension balance will be assessed against the members $1.6m transfer balance account but essentially, it is sill the same pension and still a TRIS.

A TRIS pension will enter "retirement phase" where the recipient turns age 65 (automatically) or where the member meets the retirement definition and informs the trustee.

"Does a ‘TRIS’ cease to be a TRIS once a member permanently retires or turns 65? Does the TRIS ‘auto convert’ to an account based pension in which the TRIS restrictions do not apply?

Our view is that the current law does not facilitate an ‘auto conversion’ of a TRIS to a different or new pension or income stream. The same TRIS continues on and remains a TRIS until such time as it ‘ceases’.

The law provides that once a nil cashing restriction condition of release is met, the limitations of a 10% annual maximum payment and commutation restrictions are no longer applied. The conditions of release are:

Where a member receiving a TRIS meets one of these conditions of release, that TRIS can be in retirement phase.

This means if an individual has met a condition of release, the fund will receive the earning tax exemption. This applies to both existing and new TRIS.

Where a condition or release hasn't been met, the TRIS will not be recognised to be in the retirement phase.

There is an industry view that is quite different to the ATO comments above; that if there is appropriate documentation in place for a TRIS to "convert" to a standard account based pension then this should be allowed. However, as set out above, the ATO does not currently agree with this and as the ATO is the regulator for SMSF's, it may be important to take on board their comments and views.

It is also worth keeping in mind that if a client was to cease the TRIS and then commence a new standard account-based pension:

The new event reporting requirement requires the reporting of some LRBA payments.

Can you provide me with some examples and explain what the ATO is trying to achieve? Does every fund that has a LRBA arrangement fall under these reporting requirements? If not, how do you separate which funds need reporting?

As per the EM to the Bill:

The Bill sets out:

1.2 This change ensures that the transfer balance cap captures the shift of value that occurs where liabilities arising from the LRBA are paid using accumulation phase assets. This is consistent with the way transfers from assets that do not support a superannuation income stream (accumulation phase assets) are treated when a superannuation income stream is commenced.

1.5 This means that the transfer balance credit can only arise where the payments in respect of an LRBA supporting a retirement phase superannuation income stream are sourced from assets that do not support the same income stream.

1.6 For example, where such a payment is sourced from assets supporting the retirement phase interest, the payment will not affect the value of the interest because the reduction in the LRBA liability is offset by a corresponding reduction in cash.

1.7 By contrast, where the payment is sourced from assets that support accumulation phase interests, the payment will increase the value of the individual’s retirement phase superannuation interest and trigger a transfer balance credit. That is because there will be no offsetting decrease in the value of the cash supporting that retirement phase interest.

1.10 Increases in the value of superannuation interests that result from factors other than a payment in respect of an LRBA (such as capital appreciation or income generated by the asset) will not trigger a transfer balance credit.

3. The practical problems of collectables within an SMSF

We have a number of questions regarding valuing collectables (paintings) held as an asset of a superannuation fund where all members are in pension phase.

If a superannuation fund has collectables (paintings) as an asset of the fund, how often must these assets be valued by an independent valuer?

If the collectables were last valued in 2014, would the paintings need to be revalued before selling them in the 2017 financial year?

If there is no evidence to prove that the collectables are not held in a private premise, and we have not been provided by the insurance certificate for the FY 2017, will it be a contravention?

What are the consequences if the collectables were purchased in 2014 at which time they were valued, and no revaluation has been done in the 2017 financial year?

The ATOs Valuation Guidelines for Self-managed Superannuation Funds is a good guide on valuation considerations for SMSFs.

There are some specific valuation rules when it comes to collectables that would apply where a SMSF disposes of a collectable to a related party. This needs to be done "at a market price determined by a qualified independent valuer."

In regard to valuation for the purposes of the financial statements, there is no actual requirement to use an independent valuer. The ATO guide states:

"An asset must be valued at its market value. The valuation should be based on objective and supportable data."

"It is usually the valuation process undertaken rather than who conducted it that governs the acceptability of a valuation.

In all cases the person who conducts the valuation must base their valuation on objective and supportable data.

Depending on the situation, a valuation may be undertaken by a:

"When to undertake an external valuation for financial report purposes

We expect you to consider the value of the assets in your fund each year. This does not mean that you need to do an external valuation for all assets each year. For example, assets such as real property may not need an annual valuation unless a significant event occurred that may change its value since it was last valued."

From a practical point of view, we usually suggest that a formal valuation be obtained where there is a significant change to the asset (or the relevant market) or every few years.

If the Trustees cannot provide sufficient and appropriate evidence that a collectable is NOT stored in their private residence, or is not insured in the name of the fund trustee(s) then we would suggest that there could be a breach of SIS Reg 13.18AA and depending on the value, it could be a reportable contravention.

4. Fund members lending to an SMSF

One of our SMSF client superannuation funds purchased a property during the FY2017. The member lent the super fund money (total of $120,000), and the super fund is now paying interest to the members every month.

A SMSF can only borrow money in limited circumstances. These are set out in SIS s67 and SIS s67A.

If the SMSF is using the SIS s67A rules that allow a fund to borrow under a limited recourse borrowing arrangement (LRBA) to acquire an asset then they would need to have established a bare / custodian trust arrangement whereby the asset is held on trust for the SMSF. You would need to check that this has been correctly established.

The lender to the SMSF under a LRBA can be the member but any such loan would need to be on arm’s length and commercial terms so as not to create a SIS s109 compliance issue or a Tax issue including non-arm’s length income (ITAA s295.550).

Our client is over 65 years of age, and is commencing a pension in their SMSF. The SMSF holds business real property jointly with another SMSF (in a partnership arrangement).

The client wishes to use a real estate agent for valuation of the property, instead of a licensed valuer due to the cost involved.

Is a valuation from a real estate agent sufficient for valuation purposes on the commencement of a pension in a SMSF?

If the agent arrives at the value using objective and supportable data, and records are kept on this, then it "may" work. The practical issue we see is that an agent would usually give a range for the valuation: i.e. $780,000 - $850,000. If this is the case, then it may be worth seeking further appraisals and compare these.

We suggest that you also refer to the ATOs Valuation guidelines for self-managed superannuation funds.

The above guide sets out the following, with particular note to the ATO comments at the end:

"The market value of the account balance needs to be determined on the commencement day of the pension or, for ongoing pensions, on 1 July of the financial year in which the pension is paid. The valuation should be based on objective and supportable data.

It is usually the valuation process undertaken rather than who conducted it that governs the acceptability of a valuation.

In all cases the person who conducts the valuation must base their valuation on objective and supportable data.

Depending on the situation, a valuation may be undertaken by a:

For preparing SMSF financial reports, an external valuation of real property is not required each year. A recent valuation however would be prudent if you expect that the valuation is now materially inaccurate, or an event occurred that may have affected the value of the property since it was last valued. This may be due to a change in market conditions or a natural disaster.

When valuing real property, relevant factors and considerations may include:

When valuing real property assets for SMSF financial reports, the valuation may be undertaken by anyone as long as it is based on objective and supportable data.

A valuation undertaken by a property valuation service provider, including online services or real estate agent would be acceptable." 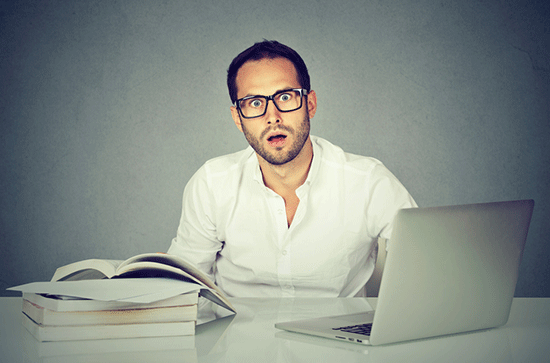