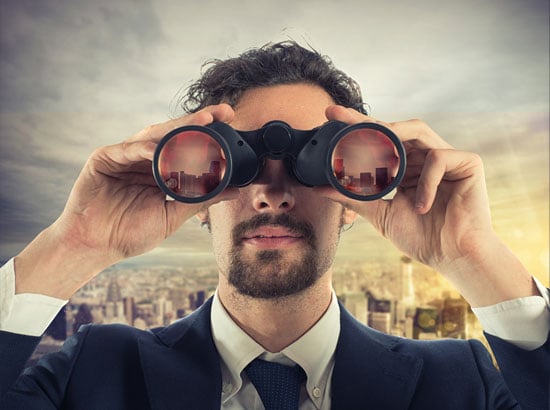 1. Does a truck driver need to keep receipts if the travel allowance is under the ATO’s rate?

I have a new client that is an interstate truck driver. He has advised me that he is away from home 267 nights a year and wants to claim the reasonable travel allowance for meals.

He wants to claim under the Reasonable Travel Allowance of $97.40 by only claiming $90.00 per night. The Employee Truck Drivers Reasonable amount per day is $97.40. He has also received an Overnight Allowance Income of $7,633.

He has advised that he has kept all the receipts for the meals – but I have not sighted them. Does he need to provide written evidence for this? As the claim is less than the Reasonable Allowance?

In the past, he has been subject to ATO Amended Assessments because he did not have the receipts.

I was under the belief that he could claim up to the Reasonable Allowance without any evidence if he received a travel allowance? Is this correct?

If the client has received a bona fide travel allowance then this means that they can claim a deduction for the meal expenses they incur while travelling overnight in the course of their work without meeting the normal substantiation rules, as long as the deduction claimed does not exceed the Commissioner’s reasonable amount.

This doesn’t mean that the client can automatically claim the ATO’s full reasonable rates. It just means that they don’t have to comply with the normal record keeping requirements.

If the client claims less than the reasonable amount then they should not need to comply with the normal record keeping rules. Having said that, there is still an expectation that:

The ATO has just updated the TD that sets out the reasonable amounts for truck drivers for the 2018 year. The updated TD reverts back to having separate reasonable amounts per meal, rather than a daily amount. It also provides some guidelines in relation to the relaxed record keeping expectations. I have extracted an example below which shows how this works:

“27. Glenn is an employee truck driver. He is required to drive from Melbourne, Victoria to Adelaide, South Australia. Glenn leaves Melbourne at 9:00 PM, sleeps away from home overnight in his truck cab, then drives back to Melbourne the following day. Glenn is paid a travel allowance of $40 for each day. These amounts are shown on his payment summary.

29. Because Glenn spent less than the reasonable amount for each of dinner, breakfast and lunch, he can claim a deduction for the full amount that he spent on those meals ($70) and is not required to obtain and keep all of the receipts for these meals. He may still need to provide a reasonable explanation of the expenses and so the receipts could be useful in demonstrating a pattern (see next paragraph).

30. If Glenn's tax return is checked by the ATO he may be asked to explain his claim for these amounts. Glenn would need to show that he travelled to and from Adelaide (for example, his work diary), that he received an allowance for the meals for each day that he travelled, that he correctly declared this allowance as income in his tax return, and demonstrate his typical spending pattern on meals. This could be by reference to diary entries, bank records and receipts kept for some (a representative sample) of his trips.”

2. Treatment of director loans from a company with no distributable surplus

Can you please advise the treatment of a Directors Loan in a Company that has been quarantined due to no distributable surplus? What would be the best practice to treat these loans that are on the Balance Sheet?

If we keep them on the balance sheet, do we need to do a calculation to reduce our retained profits before we pay a dividend?

If the company has made a loan to a shareholder or an associate and Division 7A has been triggered, but the deemed dividend amount was reduced to nil because there was no distributable surplus in that year then these loans should not be subject to Division 7A again in future unless they are refreshed (e.g. term extended or loan amount increased etc).

The main options for dealing with these loans are:

3. Can you choose the method to calculate a partial exemption under the main residence rules?

My client bought a house in May 1993 and lived in it as their main residence until September 2009. They rented out the property from September 2009 until they sold it in December 2016.

Regarding the CGT calculation:

Can they choose between using "apportion method partial exemption - main residence" and "using its market value at the time they first used it to produce income as cost base"? Or they only can use a specific rule in this case? and if there is only a specific rule for their case, which one is it?

If they use apportion method - partial exemption the period they had it as main residence and use the original cost base. Can they add holding costs to the cost base (rates, insurance, land tax, maintenance costs, interest on loan, capital expenditure)?

In this case you will need to check whether the ‘home first used to produce income rule’ in section 118-192 applies. In broad terms, this rule applies if:

If these conditions are met then the client is automatically deemed to have reacquired the property for its market value at the time it was first used to produce income. Any costs incurred before this date would basically be ignored when undertaking the CGT calculation.

The client can then potentially use the 6 year absence rule in section 118-145 to apply a partial exemption.

While it may not be relevant here, it is generally possible to include non-deductible holding costs in the cost base of a property. The main exceptions are:

I just would like to raise a query about the first method, previous turnover, which is generally the easiest to satisfy.

If yes, would the client then be eligible for small business restructure rollover (as part of a genuine restructure) during the 2017 financial year?

Yes, this is correct. In order to apply the new small business restructure rollover rules the entities need to be SBEs in the year the assets are transferred (or be connected with or an affiliate of an entity that is a SBE in the year of the transfer etc). Refer to section 328-430 ITAA 1997.

5. Can I offset PSI against trust losses?

A discretionary trust has accumulated losses of approximately $56,000 from a former mechanical services business.

One of the family members is about to commence business providing contract diesel mechanic services on an hourly rate, mainly for the one other business, so there are PSI issues in play.

Could this business be run through the trust and the PSI offset by the carried forward losses, or would the PSI otherwise have to be promptly attributed back to the family member?

If the PSI tests are failed then the net PSI of the trust for the year is automatically attributed to the individual who performed the work. When you are calculating the net PSI for the year you would need to ignore any deductions / losses that do not relate to those PSI activities (except certain entity maintenance deductions). In this case the key issue would be whether the carried forward losses relate to the same activity - if not then they would not be offset against the profits generated from the PSI activity.

However, if the PSI tests can be satisfied then the PSI attribution rules should not apply and the trust should be able to offset its carried forward losses against the PSI profits, as long as the trust loss tests are passed.

The ATO would still expect that any remaining profit that is attributable to PSI activities is taxed in the hands of the person who performed the work. Please see the ATO’s guidance on this here.